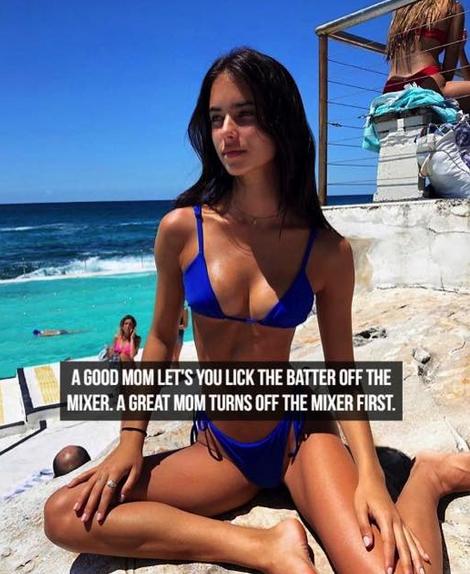 So I got my concealed carry gun permit and went over to Bass Pro Shop to buy a small 9MM pistol for home protection.

When I was ready to pay for my purchase the cashier said “Strip down, facing me”.

When the hysterical shrieking finally subsided I found out she was refereeing to how I should put my credit card into the card reader!

I have been asked to shop elsewhere in the future.

They need to make their instructions to Seniors a bit clearer.

I still don’t think I looked that bad. 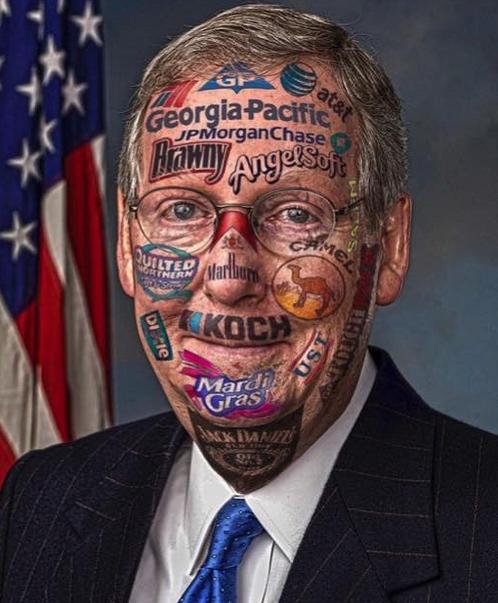 is really becoming a good source for jokes...

and the regular drug companies are raping the public in their unregulated quest for profits...

The latest country to test the US... 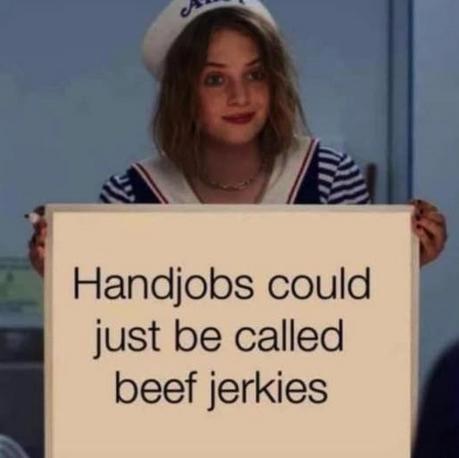 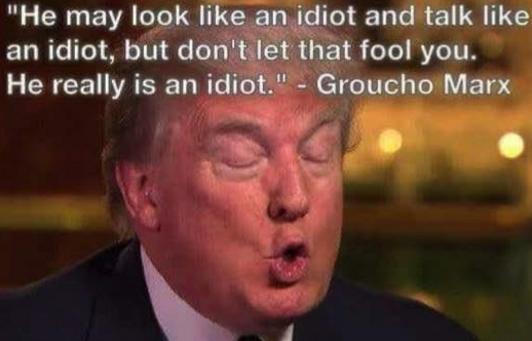 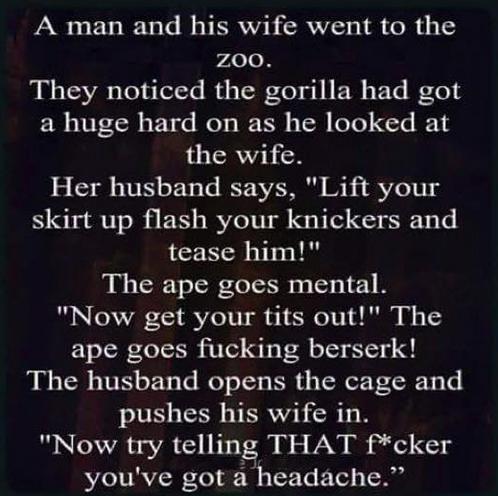 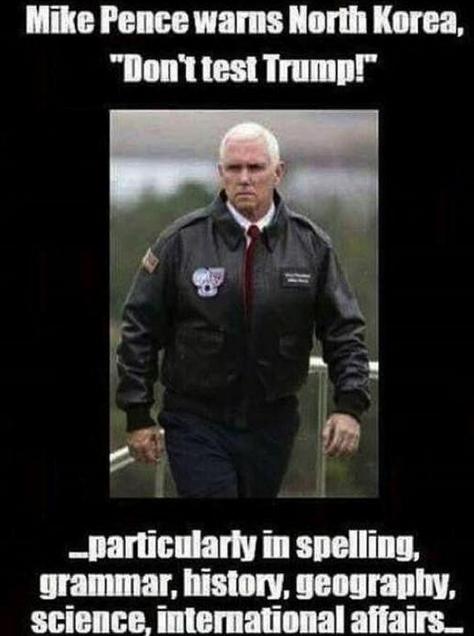 For most of us, POLITICS these days is ... 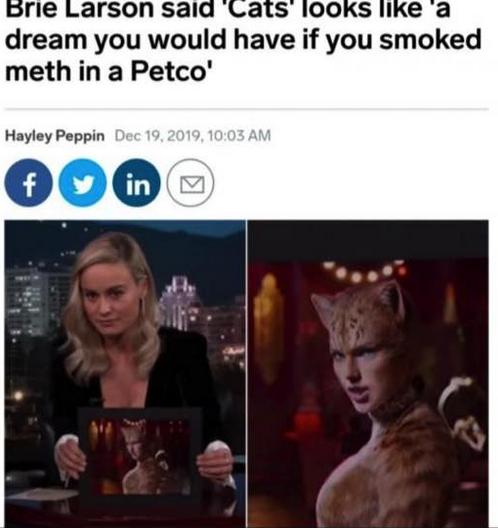 Sylvester Stallone and Arnold Schwarzeneggerare talking to each other about their long careers as action heroes. Sly says, "You did some okay comedy, but you have the governorship and political success to be proud of."

Arnold says, "You've had so much recognition in Hollywood. I've never been nominated for an Oscar, you have have been three times. I wish I could be taken seriously as an actor."

They think about it for a few minutes, and Stallone says, "We should do a serious film. A historical."

Arnold grins his huge toothy grin, immediately warming to the idea. "A period piece. That's a great way for our acting comebacks to be taken seriously."

Stallone, as the film auteur, keeps working on it. "We want people to be emotionally affected by it. Music really moves people. Can we do something about music?"

Schwarzenegger agrees. "We could do classical music. You're Italian; you could play an Italian composer."


A blonde walks into a dry cleaners and tells the woman at the counter, "I need to have an outfit washed."

The clerk was busy and slightly distracted, so she looked up from her work and said, "Come again?"

The blonde said, "No, it's toothpaste this time."

Iran did retaliate, but many feared they had a more sinister plan to damage America in mind...

Many feared it was the start of a ramp us to another Mideast War... 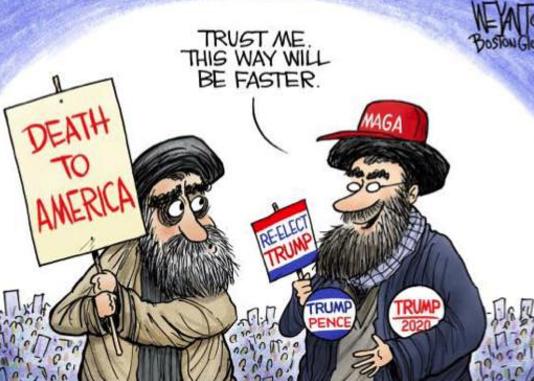 Not everyone appreciates a dirty joke...

At the Olympics I saw an athletic guy carrying a long stick and asked him, "Are you a pole vaulter?"

He looked surprised and said, "Nein, I am a German. But how did you know my name is Walter?"

And one last one about marital relations... 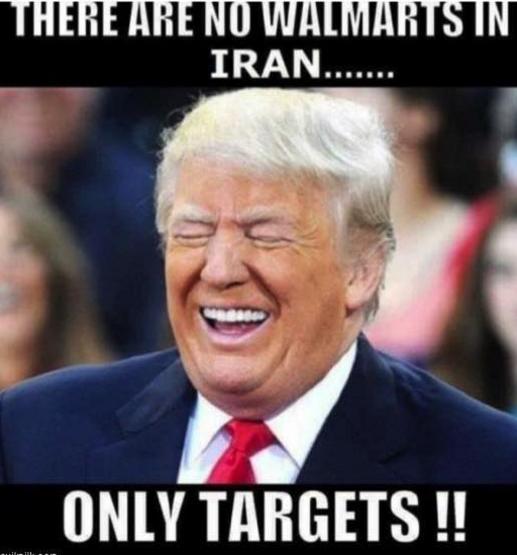 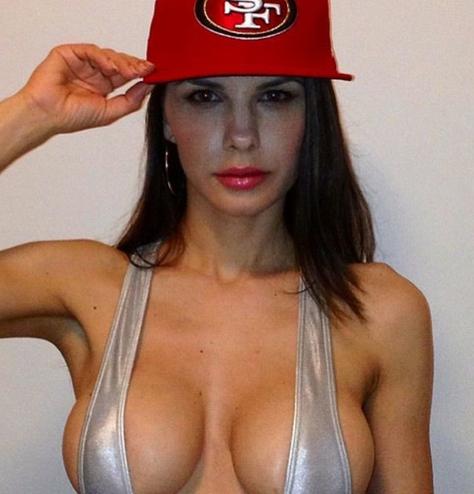 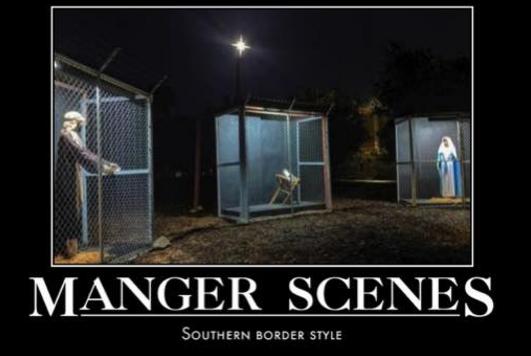 So with all the News covered, on to Today's Jokes with the lead off spot going to my traveling 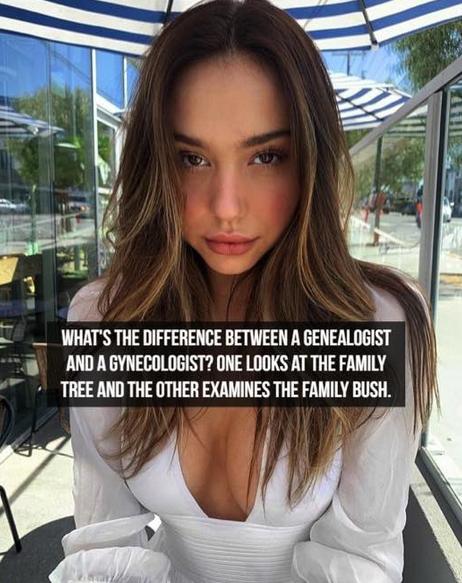 When Trump spoke to the nation about the reason he attacked Iran, many thought his

rational made no sense...

In other National News, the Senate will take up the impeachment inquiry this week under the "certainly objective" eye of Moscow Mitch...

A man is sitting at home when he hears a knock on the door.

A man is sitting at home and a police officer knocks on his door.

The officer asks him if he is married and the man replies, "Yes I am."

He then asks him if he has a recent picture of his wife. "Sure hold on a second."

The officer looks at the picture, and in a sad voice says, "I'm sorry, but it looks like your wife has been hit by a train."

The man says, "I know, but she has a good personality and is an excellent cook." 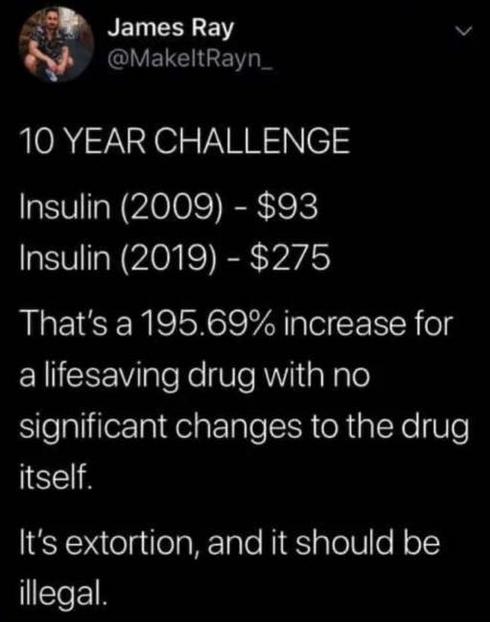 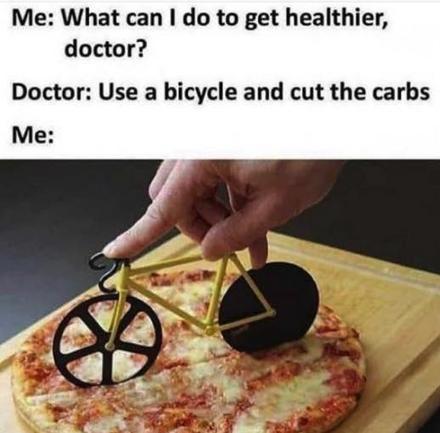 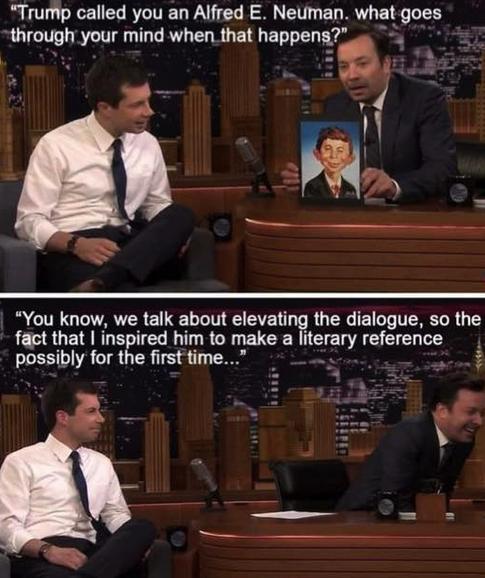 Seems correct to me... 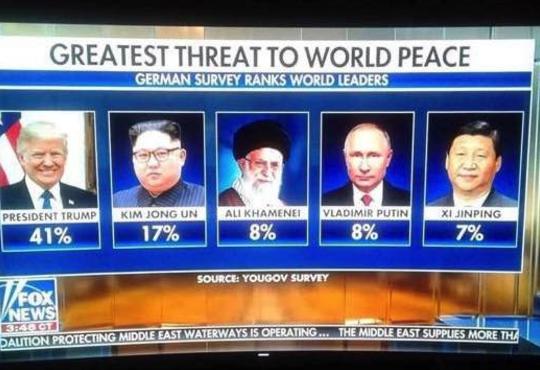 While Trump says he briefed the Congress, the attack seemed impulsive...

Trump appealed to the NATO allies to join him in the fight in the Mideast, but his standing in the world is not great at this moment...

Professor told dirty jokes in class and the women wanted to protest it.

So they decided that in the next time that the professor will start with these kinds of jokes,they all will leave the class as a protest. Somehow the professor heard about the protest.

In the next lecture,in the beginning of the lecture he said : "in Sweden a prostitute makes $2000 per night."

All the women stood up and started to leave the class. So he shouted after them :

"Where are you going? The plane to Sweden doesn't take off until the afternoon. 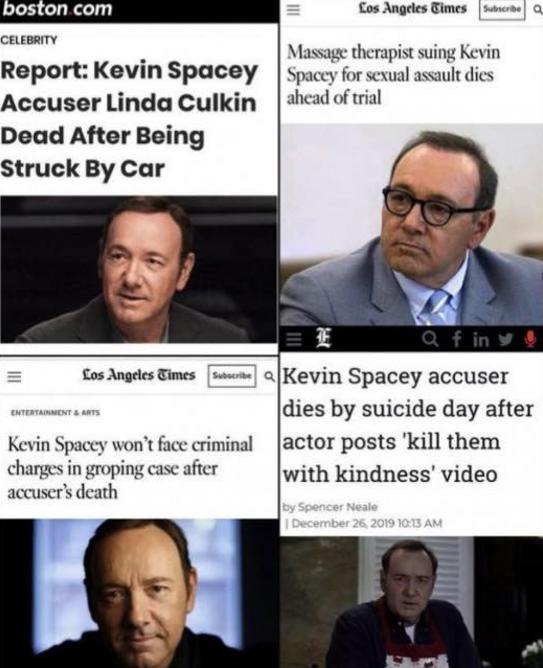 Good one about Arnold and Sly... 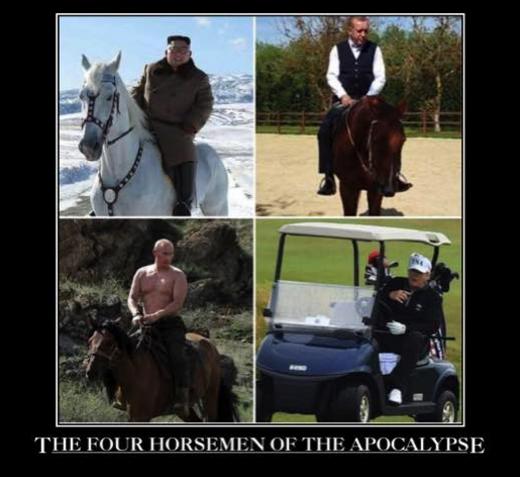 For the Democrats, Mayor Pete's campaign continues to gain momentum...

The sex charges against Kevin Spacey are having trouble getting witnesses...

And lastly, in Sports News, the Packers go to the Bay area to fight for a chance to go to the

Super Bowl by playing for the NFC Championship against... 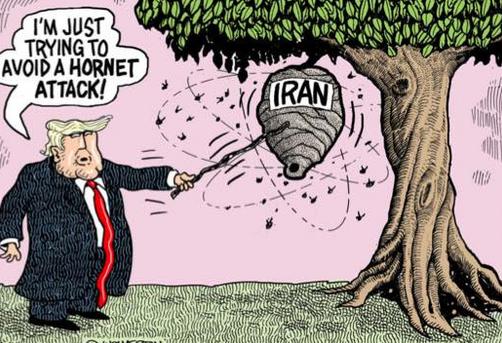 In Entertainment News, the movie "Cats", based on the musical is coming out...

With all the other things going on, the border wall issue has slipped from the nation's conscious...

Hope you enjoyed this week's Update of Jokes From Shaf

Back next week with a From The Readers Part 4 Update

Have a great week until then.

Jokes From Shaf is a cooperative humor website. We take the best of reader submissionsto go along with the best humor our staff (me) finds and publishes

updates ONCE a week every Tuesday.
​

Send your submissions to me via email at this below link

and if you make the grade, you will see your joke, picture or video on Jokes From Shaf.

Submit often and you will get a nickname and a place in our Hall of Fame. 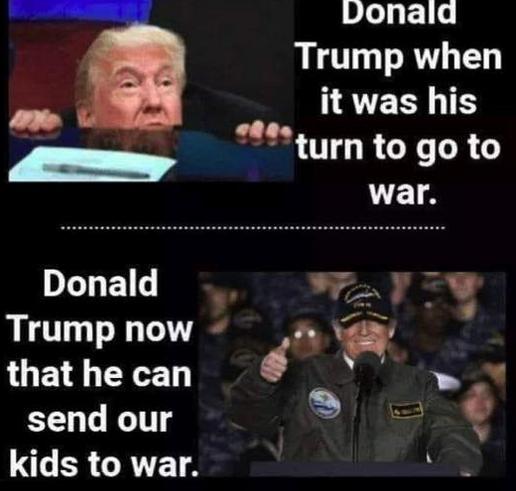 And if you never watched the series, "Suits", I can give you a couple of good reasons to check it 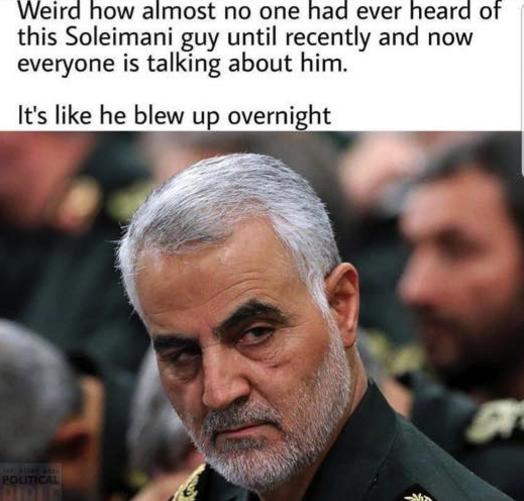 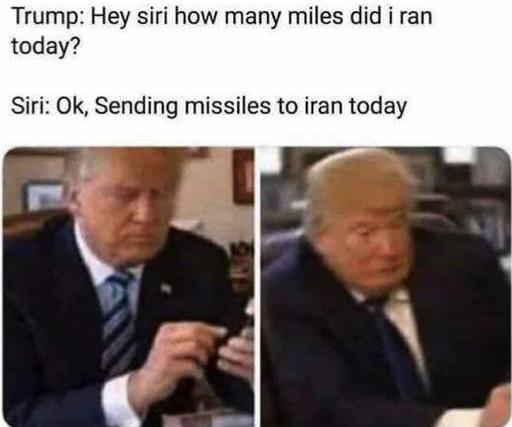 A guy comes home completely drunk one night. He lurches through the door and is met by his scowling wife, who is most definitely not happy.

“Where the hell have you been all night?” she demands.
“At this fantastic new bar,” he says. “The Golden Saloon. Everything there is golden. It’s got huge golden doors, a golden floor, the works – hell, even the urinal’s gold!”
The wife still doesn’t believe his story, and the next day checks the phone book, finding a place across town called the Golden Saloon. She calls up the place to check her husband’s story.
“Is this the Golden Saloon?” she asks when the bartender answers the phone.
“Yes it is,” bartender answers.
“Do you have huge golden doors?”
“Sure do.”
“Do you have golden floors?”
“Most certainly do.”
“What about golden urinals?”
There’s a long pause, then the woman hears the bartender yelling, “Hey, Duke, I think I got a lead on the guy that pissed in your saxophone last night! 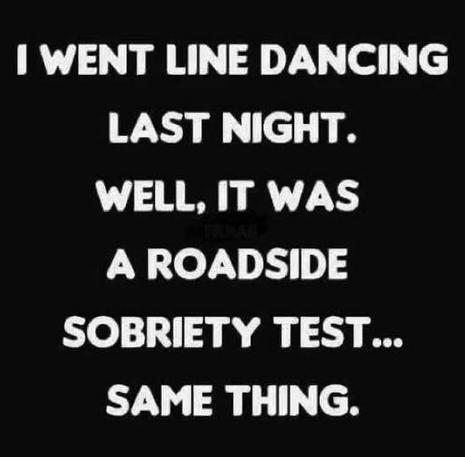 In Business News, Illinois is raking in the dollars with legalized marijuana...

Winning ugly? Who gives a shit, as long as you win. And it was a tough game to prevail in as

the Pack beat the Seahawks on Sunday to move on. No easy games at this point and when a play needed to be made, Adams and Rodgers were up to the task. Will be a tough one this weekend.

And the exodus continues from Wisconsin as The Waiter joins The Czar of the Cigar, and

Bert for months in the sun. It has gotten so sparse that I am not sure we can get a poker game going these months.

And guess who is coming for a visit today, President Trump ventures to Milwaukee for a rally at the Panther Arena. I think that I have to clean the oven that day, so I will be forced to miss that one. And the Democrats are having another debate on the same night. Need to thin the field a bit to get a true front runner.

And what else is going on? Let's check out this week's News... 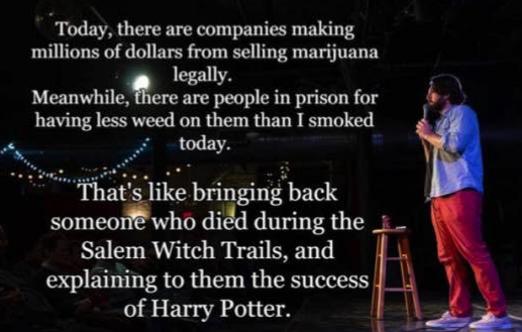 and the justification for the attack seemed thin...

2. l find it ironic that the colors red, white, and
blue stand for freedom until they are flashing behind you.

3. When wearing a bikini, women reveal 90% of their
body. Men are so polite they only look at the covered
parts.

4. Relationships are a lot like algebra. Have you ever
looked at your X and wondered Y?

5. America is a country which produces citizens who
will cross the ocean to fight for democracy but won't
cross the street to vote.

6. You know that tingly little feeling you get when
you love someone? That's your common sense leaving your
body.

7. My therapist says I have a preoccupation with
vengeance. We'll see about that.

8. They say that money talks .. but all mine ever says
is good-bye.

10. If you think nobody cares whether you're alive,
try missing a couple of payments.

11. I have always wondered what the job application is
like at Hooters. Do they just give you a bra and say,
"Here, fill this out?"

12. I can't understand why women are OK that JC Penney
has an older women's clothing line named, "Sag Harbor."

13. Denny's has a slogan, "If it's your birthday, the
meal is on us. "If you're in Denny's and it's your
birthday, your life sucks!

14. The location of your mailbox shows you how far away
from your house you can go in a robe before you start
looking like a mental patient.

15. I think it's pretty cool how Chinese people made a
language entirely out of tattoos.

16. Money can't buy happiness, but it keeps the kids in
touch!

17. The reason Mayberry was so peaceful and quiet was
because nobody was married. Andy, Aunt Bea, Barney,
Floyd, Howard, Goober, Gomer, Sam, Ernest T. Bass,
Helen, Thelma Lou, Clara and, of course, Opie, were all
single. The only married person was Otis, and he stayed
drunk. 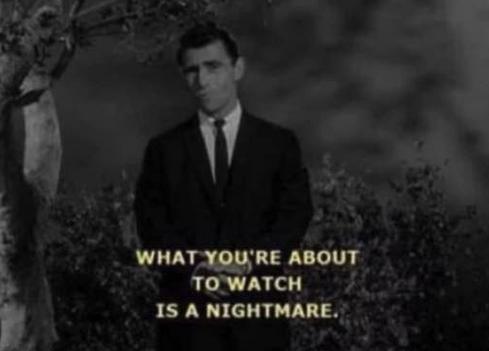 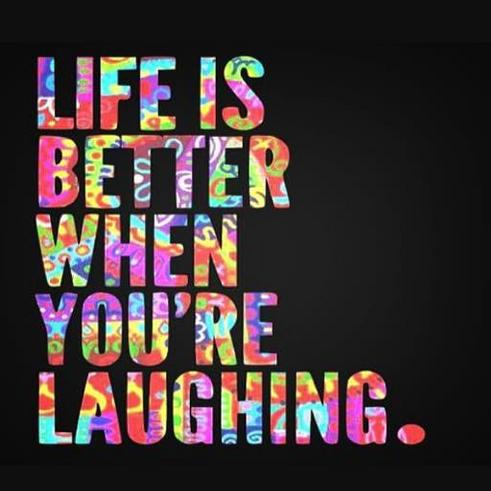